Involved in International Film Festival „Jewish Motifs”-HaMotiv HaJehudi, directed by Mirosław Chojecki.
Coorganized this Festival since its begining in the year 2004 among others: coordinating the visit of festival foreign guests, coordinated the work of volonteers’ team (up to 80 people). Involved in promotion of Jewish-themed cinematography in Poland. 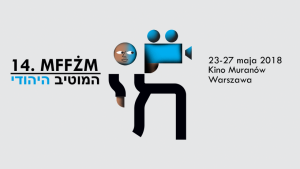